However, the continued uncertainties surrounding the COVID-19 pandemic will make the the economic path forward a choppy one, predicts ACT. 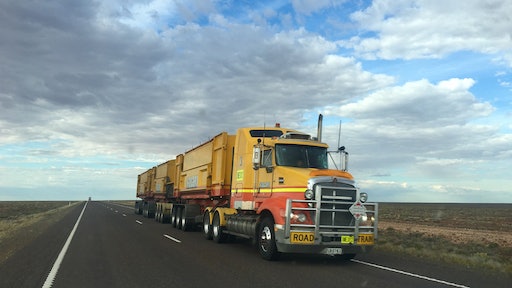 In the release of its Commercial Vehicle Dealer Digest, ACT Research reported that the impact of more people and politicians taking the threat of the virus more seriously is a choppy economic path forward.?

"As the virus flared in the weeks following Memorial Day, and exacerbated by the Fourth of July, segments of the economy will be turned off and back on as the authorities work to contain the widening spread of the disease," says Kenny Vieth, ACT’s President and Senior Analyst. He continues, "While we do not believe state-level closures are likely from here, we note that the raging case counts in major Sunbelt states raise the risk of major supply-chain disruptions, if any of those states are shuttered for several weeks."?

Specifically regarding how the CV industry is doing, Vieth comments, "Even as the economy struggles to regain its footing post-COVID and pre-vaccine, freight markets should be somewhat less impacted."

He elaborates, "While we can choose not to go to restaurants, not eating is not an option, and to that end, we are reminded of Alan Greenspan’s research that freight volumes on a per capita basis change very little over time. Most freight is related to society’s most basic needs: food, shelter, clothes, transportation."

Vieth further explains, "With the OEMs, and subsequently the supply base, pushing hard to restore material and assembly flows, underlying economics do not appear to be as punitive as initially estimated. Additionally, spot freight rates, sitting at the intersection of equipment supply and freight demand, are the leading indicator of heavy commercial vehicle demand cycles, and the sustained rally in spot rates is one consideration leading us to make the case for a steady Class 8 market into the end of 2020."

Economy continues to bounce up and down

ACT's recently released Transportation Digest also notes the current roller coaster ride the economy is taking due to the spikes in virus cases in the U.S.?"The sudden shock of the COVID-19 recession pushed the market off the edge of the cliff in March and April, but almost as swift and sharp was the rebound in the economy and in freight in May and June," says Vieth.

He adds, "Recognizing that we are at a fork in the road, our guess is the positive momentum of the last two months can be sustained, but that depends on the ongoing trajectory of the contagion curve, future policy responses, changes impacting key goods-producing and distribution industry activities, and international economics, just to name a few."

Vieth continues, "Economic reports released in early June depicted an economy that was recovering at a seemingly stronger-than-expected pace, encouraging an air of optimism regarding the advancing pace of activity. Unfortunately, toward the end of June, a resurgence of COVID-19 across many states raised the specter of renewed closings and possible acceleration of layoffs, highlighting the uncertainty that still clouds the business outlook."

Vieth notes that the pandemic isn’t the only point of concern, despite its top billing, "The U.S. energy sector remains vulnerable, increased trade tensions with China are another consideration, as well as the restructuring of the retail sector, and from there we can’t forget potential issues surrounding commercial real estate as well as general credit market conditions that may pose risks just over the horizon."

On July 17,?ACT reported its latest State of the Industry: NA Classes 5-8 Report found?May and June had returned to something closer to life as usual, following the shutdowns of March and April.?

"A survey of the current business landscape shows a picture of intensifying cross-currents, with an uncertain outcome," says Vieth. He adds, "On one side, the economy and motor freight have been surprisingly strong from the beginning of May to mid-July, resulting from dialed back restrictions on workplaces, relaxed shelter-in-place, and the associated revival in business and social activity. However, closely associated with return-to-normal has been its downside, the rise of COVID-19 cases."

Regarding the commercial vehicle markets, in general, he comments, "It is important to note that unlike previous business downcycles, this recession has had its most severe impact on service sectors, and while important, they tend to be less intense users of truck transportation."

By segment, Vieth comments, "The revival of the economy and freight is readily apparent in the sharp increase in Class 8 net orders in June, with upgrades in production, as well. Classes 5-7 orders continued their rebound in June, marking the best sequential gain since August 2009."

States Band Together to Bring Electric Trucks to Roadways

Advancements in Battery Systems are Increasing

Continued developments in battery technology are bringing about higher power capabilities and additional use cases in the heavy equipment industry.
Sara Jensen
July 21, 2020

COVID-19 and the Heavy Equipment Industry

The global outbreak of coronavirus has brought about many changes for heavy equipment OEMs and the industry as a whole.
Sara Jensen
May 29, 2020

Josh Swank of Philippi-Hagenbuch Inc. says there will be a focus in the coming years on using drones for analyzing work patterns, optimizing routes and efficiencies, and even product design improvements.
Sara Jensen
February 27, 2020
Latest

Drivers of the Volta Zero electric truck will also benefit from inclusion of technologies such as Active Steering, Road Sign Assist, and Reversing Assistant.
July 29, 2020

Evolution of the Truck Cab

Daimler evaluates how truck cabs have changed in the past 60 years, going from a box to a high-tech cockpit.
Daimler AG
July 17, 2020

Navistar Partnering with TuSimple to Bring Autonomous Trucks to Market

Eaton has partnered with CALSTART to provide the necessary technologies which support the National Zero-Emission Truck Coalition’s initiatives.
Eaton
July 14, 2020

A new IDTechEx report indicates pure battery electric buses will make up the majority of the electric bus market in the coming years.
July 7, 2020

Fleet confidence appears to be improving along with the economy, helping drive an increase in Class 8 orders in June 2020.
OEM Off-Highway Editorial Staff
July 6, 2020

The new 900,000-sq.-ft. plant will have the capacity to produce Class 6-8 vehicles and is anticipated to begin vehicle production in 2022.
Navistar International Corp.
June 30, 2020

The 50/50 joint venture will provide customers with hydrogen and CNG storage products for both on-highway and rail applications.
Cummins Inc.
June 23, 2020

The all-electric Volvo VNR model, which will be used by TEC Equipment for local parts distribution, is the first pilot truck to deploy as part of the Volvo LIGHTS project.
Volvo Trucks North America
June 18, 2020
Follow Us
真钱牛牛